Philly Cheesesteak is one of those things that everyone loves, but not everyone makes. It’s not hard to make, but for me, I usually don’t make whole roasts so I don’t have the “steak” ingredients for cheesesteaks.

But right now I just happen to have a whole eye of round that was slow roasted and turned out super yummy, so I decided to make a keto friendly version of the traditional Philly cheesesteak sandwich. I was trying to figure out what kind of bread to make for it when it occurred to me that I could just wrap the meat and cheese in fathead dough like a hot pocket. I’ve had a few misses with fathead dough when I’ve tried to make things other than pizza, but I really wanted to try anyway.

I made the dough and then put it in the fridge to cool down. Working with this dough after it’s been chilled is much easier because it’s not as sticky. While the dough was chilling, I sliced up some of the roast into thin, bite-sized pieces. I also diced an onion, some peppers and cut up some Swiss cheese.

Using a tablespoon of butter I sauteed the onions and peppers until they were caramelized. I really like the flavor that the caramelization brings out, but if you just want them translucent, that’s fine too. Then I added the meat and cheese to the pan, turned it down to a low simmer and covered it so that the cheese would melt and everything would meld together.

Now it’s time to start assembling the pockets. I took the dough and divided it into 14 balls. I just used a spoon to keep the sized relatively consistent and ended up with 14. The pockets were’t huge, but they were easier to fill and fry being smaller. Put the dough between two pieces of parchment paper and flatten into a circular shape. Then you add a little of your filling mixture on top and start to fold the dough over, pinching the seams closed. I used a spatula to help lift the dough off of the parchment without tearing. Wet fingers help as well so that the dough doesn’t stick.

Normally fathead dough gets baked, but I wanted these to have a crispy exterior like hot pockets do, so I wanted to fry them. I had no idea if that would even work, but I wanted to try. I put about 1/2 a cup of refined coconut oil in a large dutch oven on medium heat. The higher wall of the dutch oven helps to reduce any oil splatters.

I filled five pockets at a time because that’s how many would fit in the dutch oven at once. Fry these for about three minutes on each side. When they turn a really nice golden brown you know they’re ready to flip or done.

Y’all, these turned out so good! They are warm and crispy and delicious! Exactly what I was hoping for. You should know that they are pretty filling as well, so don’t go overboard when piling them on your plate!

This post contains affiliate links for your convenience. Using these links might result in me receiving a small commission, but at absolutely NO cost to you and has NO effect on my opinions!

Tallow is my newest love 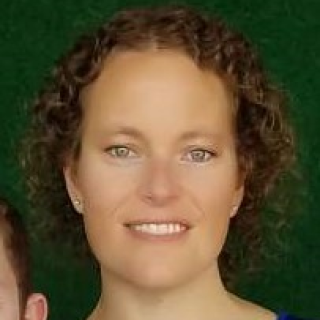